Posted on April 5, 2012 by Adam vanLangenberg 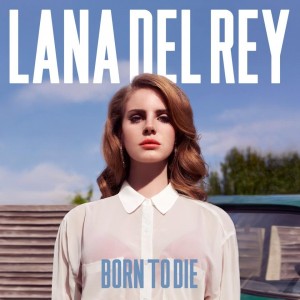 Despite taking over from Ashlee Simpson as provider of the worst Saturday Night Live performance ever, being the object of endless derision from HIPSTER RUNOFF and so many others (the Llama Del Rey meme) and receiving mixed reviews for her debut album, Born to Die is getting  advertised during prime time and her songs are getting heavy rotation on commercial radio. This won’t come as a surprise to Lana herself; Born to Die’s lyrics guess at the bitter-sweet  taste of fame that is coming her way and longs for it the harder. The Pitchfork review seen as the final nail in the coffin of Lana Del Rey’s indie career says of Born to Die:

“You’d be hard pressed to find any song on which Del Rey reveals an interiority or figures herself as anything more complex than an ice-cream-cone-licking object of male desire (a line in “Blue Jeans”, “I will love you till the end of time/ I would wait a million years,” sums up about 65% of the album’s lyrical content).”

But someone with a highschool English education should be able to figure out that Rey isn’t talking about men. I wonder how the author of the review explains the following lyrics from Rey’s breakthrough song Videogames:

Sandwiched between the lyrics, “Only worth living if somebody is loving you Baby now you do” and “Kissing in the blue dark “; the three lines quoted above seem out-of-place if we’re going with the Men theory.  But if we take Rey’s subject to be fame instead of men the three lines work as a key to the rest of the song.

After Videogames came the single Born to Die:

“Feet don’t fail me now
Take me to the finish line
All my heart, it breaks every step that I take
But I’m hoping that the gates,
They’ll tell me that you’re mine”.

Lyrics from the song Radio:

No one even knows what life was like
Now I’m in LA and it’s paradise
I’ve finally found you
Oh, sing it to me”

So why fame you might ask Lana? The answer is the name of the album and second single, because we’re Born to Die. And as Lana croons in that song; “let’s go get high”. Pitchfork’s review picked up on the fame theme as on the fringe of “ice-cream cone-licking”, but the reviewer thinks “the album’s point of view– if you could call it that– feels awkward and out of date” because it refers to a “chihuahua-in-Paris-Hilton’s-handbag lifestyle”. Tell that to the cast of Jersey Shore or our shores upcoming version of it The Shire, these people are in the case of Jersey Shore and will be in the case of The Shire objects of derision, the fame they purchase comes at the expense of respect. And yet they make the exchanging willingly; it’s like a Faustian pact, the buyer can only see what they want and not what they’ll actually be getting. And the buyers ride the wave of fame while it lasts, we don’t seem to see any modern-day Shirley Temples willing to give it up.

It’s understandable in a world in which we live through constant pop-cultural saturation that for many the seemingly only way to be significant is fame. When fame is your only possible justification; any means are acceptable in achieving that end. Whether the album was written before she became the object of internet hate or after; Rey seems to take her rotten tomatoes with relish. It makes me queasy to observe her addiction; but some catchy songs being the product will keep me from turning away for now.